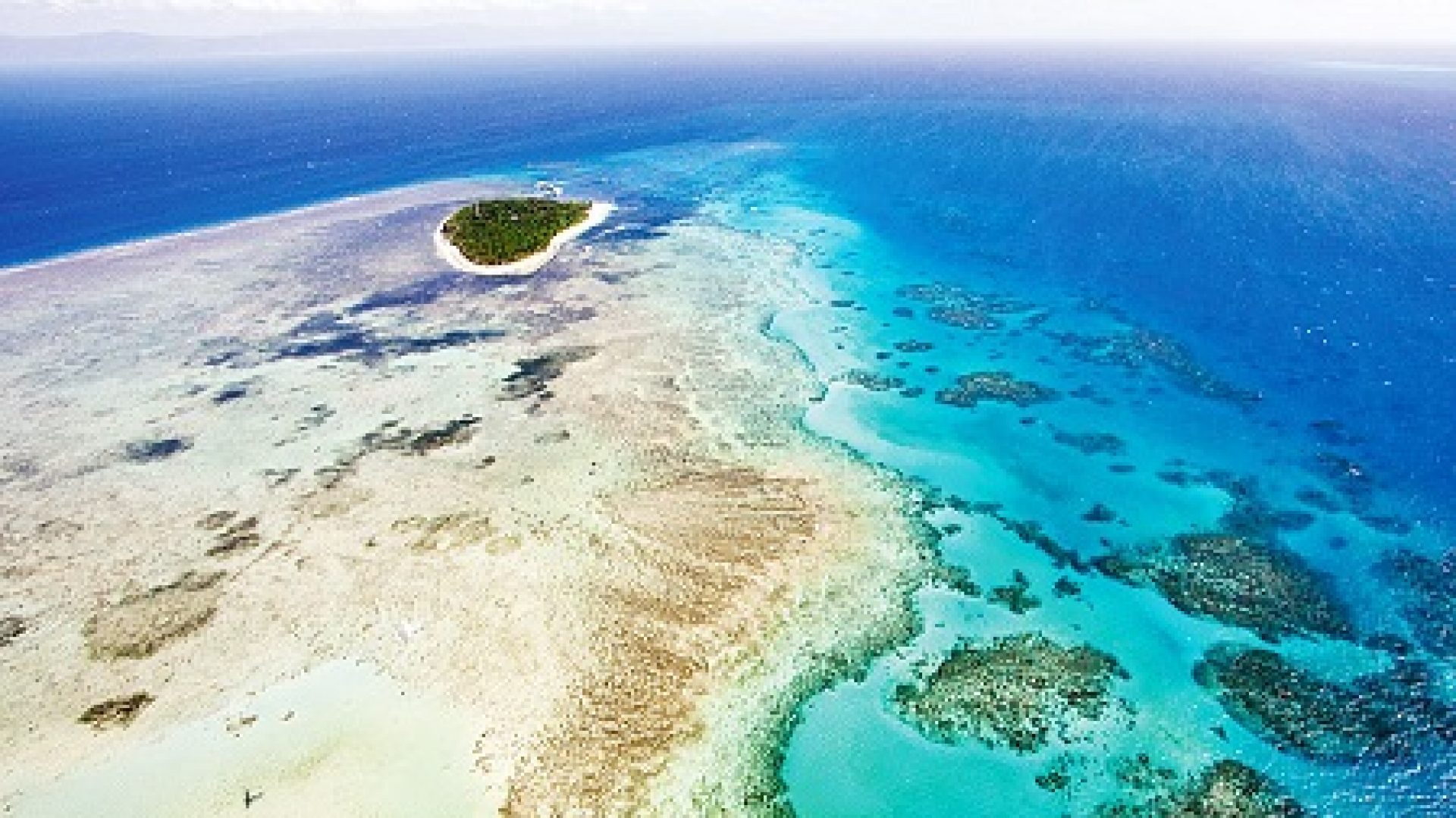 Using the + and – button on the map you will be able to enlarge the map to enable sites and street names and attractions.

The National Gallery of Victoria, popularly known as the NGV, is an art museum in Melbourne, Victoria, Australia. Founded in 1861, it is Australia’s oldest, largest and most visited art museum. The NGV houses an encyclopedic art collection across two sites: NGV International, located on St Kilda Road in the Melbourne Arts Precinct of Southbank, and the Ian Potter Centre: NGV Australia, located nearby at Federation Square. The NGV International building, designed by Sir Roy Grounds, opened in 1968, and was redeveloped by Mario Bellini before reopening in 2003. It houses the gallery’s international art collection and is on the Victorian Heritage Register. Designed by Lab Architecture Studio, the Ian Potter Centre opened in 2002 and houses the gallery’s Australian art collection. The NGV houses an extensive collection from Europe, Asia, America and Oceania.

Melbourne’s Anglican St. Paul’s Cathedral is located on the corner of Flinders and Swanston Street opposite Fed Square. The Neo-Gothic building was constructed between 1880 and 1931 and replaced an earlier place of worship which stood on the same site. The sandstone structure was designed by William Butterfield although Joseph Reed oversaw the building’s completion. It was officially consecrated in 1891. The overall design draws on elements of the Early English and Decorative Gothic styles.

The Moorhouse Tower Lantern lets in natural light which is filtered by the lower chamber’s amber windows and 25 dalle de verre panels in the high chamber. The stained glass eight-point star is a symbol of Christ’s sacrifice. The star’s colored glass has symbolic meaning like the red for Christ’s blood, the gold for divinity and the blue symbolizes heavenly love. Light is also brought into the space through the stained-glass processional doors designed by Janusz Kuzbicki.

The church has a wonderful pipe organ constructed by T.C. Lewis and Co in England and was first played in the church in 1891. The church is strongly associated with music, not only because of the organ but also because of their well-known choir. It is possible to take a guided tour of the church.

Melbourne City Centre is an area of Melbourne, Victoria, Australia. It is the area in which Melbourne was established in 1835, by John Batman and John Pascoe Fawkner, and its boundaries are defined by the Government of Victoria’s Melbourne Planning Scheme. Today it comprises the two oldest areas of Melbourne; the Hoddle Grid and Queen Victoria Market, as well as sections of the redeveloped areas of Docklands and Southbank/South Wharf. It is not to be confused with the larger local government area of the City of Melbourne.

Eureka Tower is a 297.3-metre skyscraper located in the Southbank precinct of Melbourne, Victoria, Australia. Construction began in August 2002 and the exterior completed on 1 June 2006. The plaza was finished in June 2006 and the building was officially opened on 11 October 2006. The project was designed by Melbourne architectural firm Fender Katsalidis Architects and was built by Grocon. The developer of the tower was Eureka Tower Pty Ltd, a joint venture consisting of Daniel Grollo, investor Tab Fried and one of the Tower’s architects Nonda Katsalidis. It was the world’s tallest residential tower when measured to its highest floor, until surpassed by Ocean Heights and the HHHR Tower in Dubai. It is the second tallest building in Australia, behind Q1, Queensland, and is the tallest to roof. As of 2016 it was the 15th tallest residential building in the world.

Flinders Street railway station is a railway station on the corner of Flinders and Swanston Streets in Melbourne, Victoria, Australia. It serves the entire metropolitan rail network. Backing onto the city reach of the Yarra River in the heart of the city, the complex covers two whole city blocks and extends from Swanston Street to Queen Street.

The Royal Exhibition Building is a World Heritage Site-listed building in Melbourne, Australia, completed on October 1, 1880, in just 18 months, during the time of the international exhibition movement which presented over 50 exhibitions between 1851 and 1915 in various different places. The building sits on 64 acres, is 150 meters long and is surrounded by four city streets.[1] It is located at 9 Nicholson Street in the Carlton Gardens, flanked by Victoria, Carlton and Rathdowne Streets, at the north-eastern edge of the central business district. It was built to host the Melbourne International Exhibition in 1880–81 and later hosted (in the Western annex) the opening of the first Parliament of Australia in 1901. The building is representative of the money and pride Victoria had in the 1870s.[2] Throughout the 20th century smaller sections and wings of the building were subject to demolition and fire; however, the main building, known as the Great Hall, survived.

It received restoration throughout the 1990s and in 2004 became the first building in Australia to be awarded UNESCO World Heritage status, being one of the last remaining major 19th-century exhibition buildings in the world. It is the world’s most complete surviving site from the International Exhibition movement 1851–1914. It sits adjacent to the Melbourne Museum and is the largest item in Museum Victoria’s collection. Today, the building hosts various exhibitions and other events and is closely tied with events at the Melbourne Museum.

The Queen Victoria Market is a major landmark in Melbourne, Australia, and at around seven hectares is the largest open air market in the Southern Hemisphere. Also known affectionately as ‘Vic Market’ or ‘Queen Vic’, the Queen Victoria Market has been the heart and soul of Melbourne for more than a century. An historic landmark spread over two city blocks, it’s a vibrant and bustling inner-city Market where you can shop for everything from Australian fruit and vegetables, and local and imported gourmet foods, to cosmetics, clothing and souvenirs. Search our shops and stalls by precinct or category.

The Market is open five days a week – Tuesday, and Thursday to Sunday.

The Royal Melbourne Zoological Gardens, commonly referred as the Melbourne Zoo and simply as the Zoo among locals, is a zoological park in Melbourne, Australia. It is located within Royal Park in Parkville, approximately 4 kilometres north of the centre of Melbourne. It is the primary zoo serving Melbourne. The zoo contains more than 320 animal species from Australia and around the world, and is accessible via Royal Park station on the Upfield railway line, and is also accessible via tram routes 58 and 19, as well as by bicycle on the Capital City Trail. Bicycles are not allowed inside the zoo itself.

"The Around Australia Tour in 2018 with ASI Tours under the able guidance of Randy Keck lived up to all my expectations.  We covered the diversity that Australia offers in terms of cities, landscapes, nature and wildlife, museums and history, culture, and cuisine. The itinerary was a good balance of planned activities with free time for personal interests. Randy easily guided us through airports, onto boats and buses and skillfully managed any unexpected changes to the schedule.  He also added impromptu visits to interesting places not on the original itinerary. The bus drivers who double as the local guides provided safe and comfortable transportation and a continuous dialogue that was informative and entertaining. Our hotels were all good quality, conveniently located and five were spacious apartment style hotels some of which even had in-room washer and dryer. The revised Around Australia journey for 2020 will surely be just as exciting as our 2018 trip."

"With only one continent of the world left to visit, I had looked for several years for a truly in-depth tour of Australia.  I found just what I wanted in the ASI Tour’s  “Around Australia Tour 2018.”  Randy Keck’s long experience of living and leading tours in Australia along with his professionalism

was ever present during our 24 day journey around the island continent.  The itinerary included a great variety of experiences to the far corners of Australia made possible by the use of carefully planned flights.   I would highly recommend this tour for travelers who are looking for a unique, comprehensive Australia experience.
Additionally I advised ASI Tours recently that I like the changes they have made in their 2020 itinerary."

"I traveled with ASI Tours on their Around Australia Tour in 2018.  It was an excellent way to begin retirement!  We visited all the Australian states, which most Australians have not done, and enjoyed a wide variety of cultural and natural world experiences.
We were on the go quite a lot, but all went smoothly save one flight delay due to mechanical failure which was remedied quickly.  Randy’s personal knowledge from having lived and led many tours in Australia was a definite plus.  Accommodations were centrally located in all areas and quite comfortable.  The ASI Tours Office on request went out of their way to assist this solo guest in finding a roommate, helping both of us avoid a single supplement charge.  I definitely recommend the Around Australia Tour for anyone seeking a comprehensive, in-depth tour of Australia."
Linda Q.   Portland, OR

"Some years ago I traveled with ASI Tours on one of their 26 day comprehensive tours led by Randy Keck.  It included many destinations and experiences I could not find available on other tours.  Longer tours tend to attract experienced world travelers so my fellow tour members were a joy to travel with.  I can without reservation recommend traveling with ASI Tours on their Incredible Around Australia Tour."

"My husband, Don and I were looking for a trip that would cover Australia (N-S-E-W). We found the Around Australia Tour with ASI Tours.

We went from desert to forest in one comprehensive tour.  We are glad to recommend this tour for experiencing the unique diversity of this island continent."

"My husband and I traveled with ASI Tours to Australia.  The Around Australia Tour was the highlight of our many years of travel.

No other tour offered the in-depth insight into the areas of the history, culture, politics and diverse geography.  This tour is truly an amazing life experience".

"The Around Australia Tour is the best group tour experience I have ever had.

I can't say enough great things about the experiences I had and how well organized this tour was.  I highly recommend it to anyone that wants to experience all of Australia."